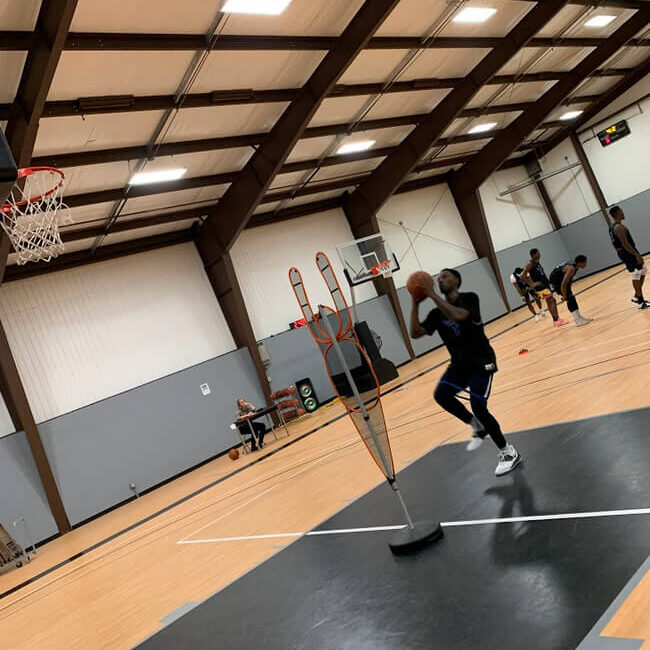 Hey there Jackals fans! Last Saturday, November 20, 2021 the team and fans, supporters and other community members had a delightful catered dinner at the Chautauqua Harbour Hotel that featured good food, good friends, and an all-around good time. Several people attended the private event, as founder of the Jamestown Jackals, Kayla Crosby, gave a heartwarming speech not only to share her excitement for the upcoming season but to give a special shoutout to those in the community who have not only followed the team and their journey but who also contributed to their success.

After sharing her gratitude for Mr. and Mrs. James, Kayla invited Ms. Becki up to share a few words about what her experience has been working with the Jackals family.

“A visionary by definition is a person with an original idea about what the future holds or what it could hold, so it took a visionary to look at this patch of grass (referring to the property in Celeron, New York which Mr. Hart transformed into the Chautauqua Harbour Hotel) and turn it into a financial gain potential and a community growth potential,” Becky furthered “ Bringing a professional basketball team to Jamestown, New York was a vision of this young girl, Kayla. Today she is a successful business woman who has built her vision of #IntegrityFirst.”

Many people have contributed to the Jackals and their success, one of them being Rahsaan Graham who has played a big part in helping with the team’s non-profit organization and upcoming mentorship program, Be The Change.

“We talked about really naturing, equipping and empowering youth to reach their full potential on and off the court,” Graham furthered “We see this not to survive, but to thrive and it really is about striving to thrive and there is another word in that alliteration, how to help kids thrive because of the programs and the relationships that they are involved in.”

The mentorship program with players on the Jamestown Jackals basketball team has many very excited, especially the player/coach and mentoring project coordinator, Raheem “Radio” Singleton who couldn’t be happier about getting started.

“As you can see, we are very excited for the mentees here, you should start getting excited.”  “This is going to be a great opportunity,” Radio continued “Just being the mentors that we had or that we wish we had I think that is the biggest thing for us is just making sure that you (mentees) understand that we are here because we want to be.”

The dinner went off without a hitch thus making the evening an enjoyable and memorable time. Towards the end of the night the mentors and mentees joined for the group photo showing the first of many to benefit from this great program. Make sure you continue to follow the Jackals and their journey.