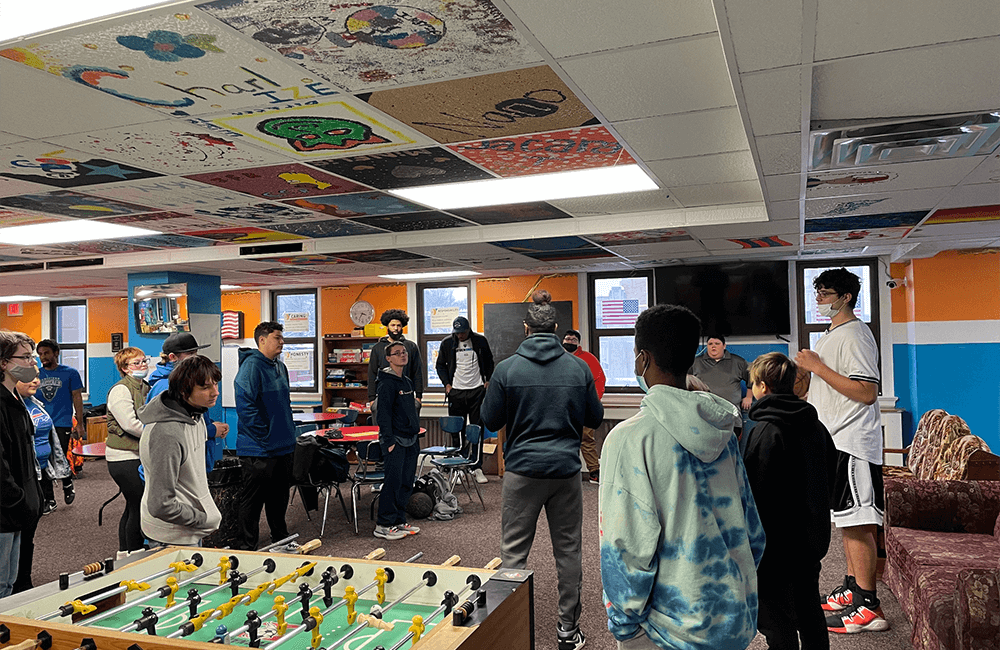 Hey there Jackals fans! The Jackals kicked off their Be The Change Mentoring program, by acquiring sixteen youth from Jamestown to join the program. The students and their mentors all meet at the local YMCA in Jamestown; if a student needs a ride to and from the program, they are picked up and dropped off by members of the team. They started their time together with a game of ‘This or That’, the group heavily debated different topics. When discussing Snapchat versus Instagram it was quite the conversation, splitting the room in half. The game continued for about twenty minutes, asking great although difficult questions. 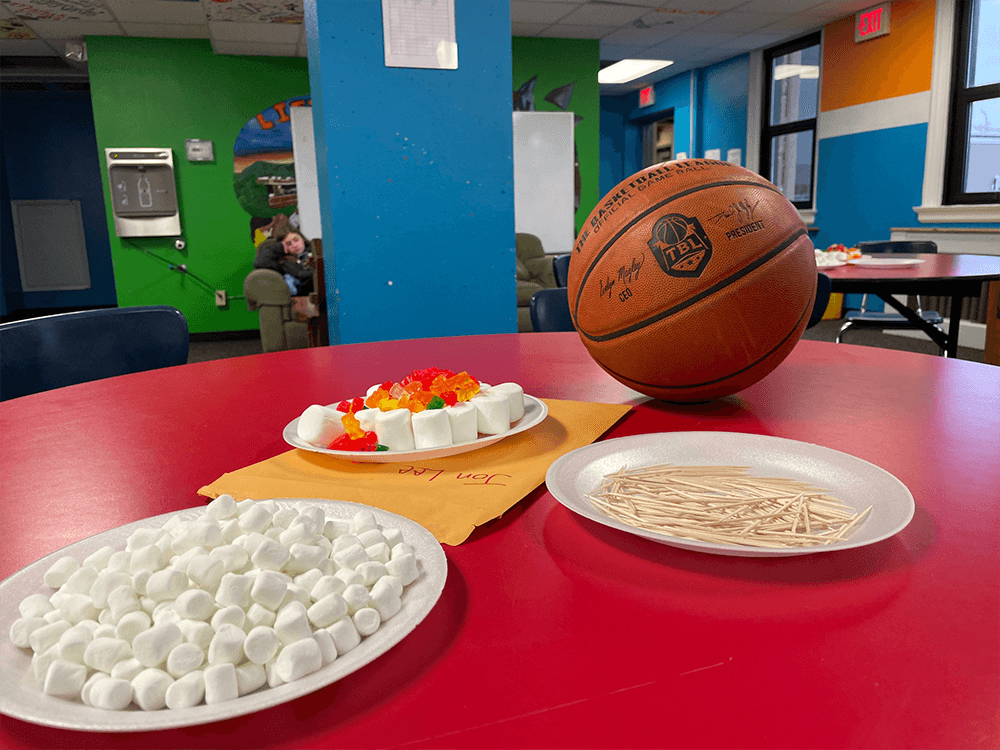 Once the game concluded everyone moved on to a fun activity, where they were faced with the challenge of which team could build the best sculpture.While many of the sculptures were super creative and showed impeccable teamwork only one could win the title of best made sculpture using only big marshmallows, small marshmallows, gummy bears, and toothpicks. 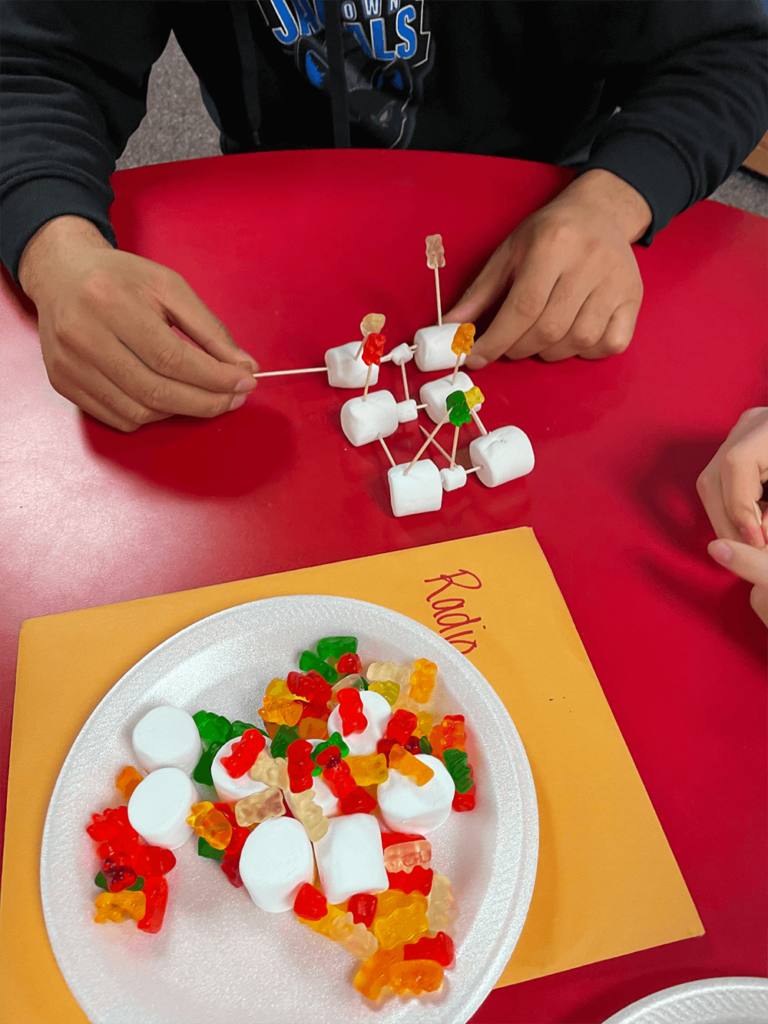 In the end although one team won the whole group had a great time. One of the mentees, 13- year old Vivien Stern had a particularly great time, not only because she was on the team that won the challenge or because she had already been a long time fan of the Jackals, but because she could already see that the program was going to be something special this year.

“I used to go to every single one of their games last year, and I’m pretty sure the year before, I was close with their one player Anthony and then I became close with Radio,” Stern furthered. “I just went to every single game and I just thought they were so cool, so when I found out they were coming to my school I was like SWEET!” 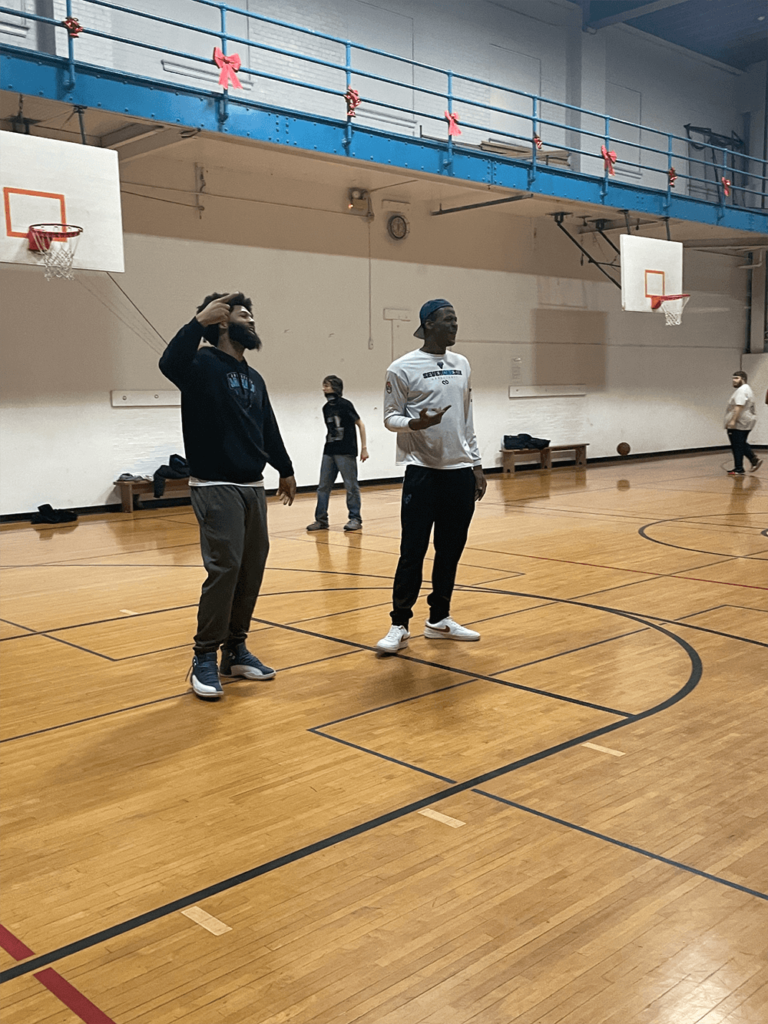 As their time together came to a near end the mentor and mentee resided at the gym where the players could show their mentees how it was done on the basketball court.

Jackals player and mentor Bernard Ewards Jr. took to the court with the other mentors and mentees to engage in a game of who could make the most shots on the court. He says with everything he’s experienced so far the future for this program looks bright while being excited to see who these kids become. 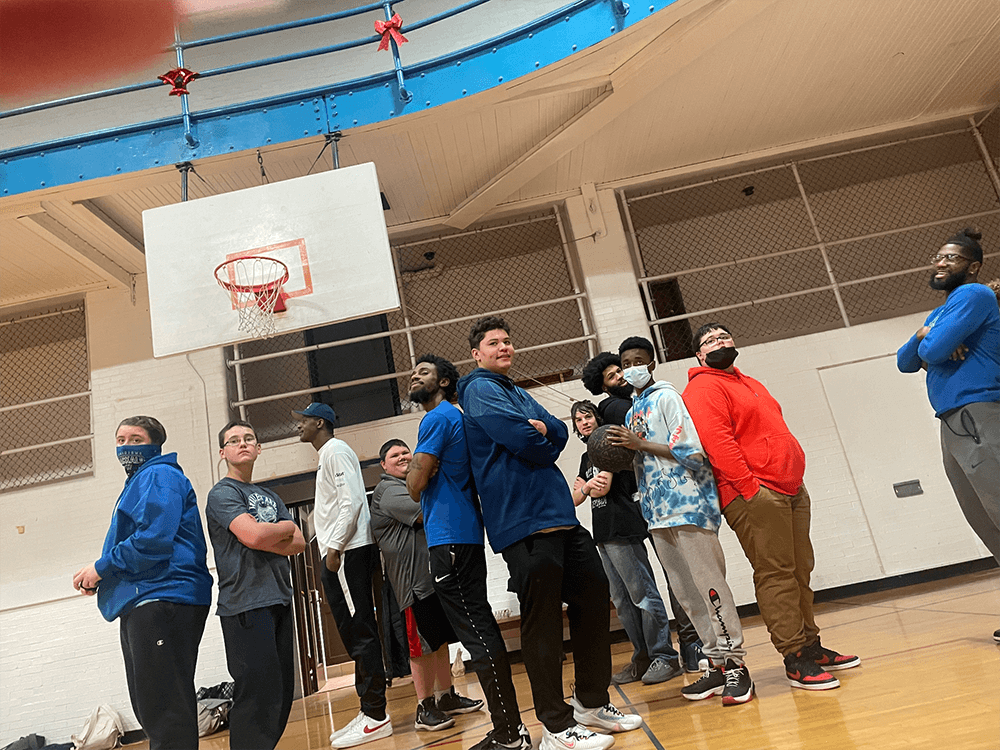 “The overall growth, the confidence for them continuing to grow up and mature, being able to go out and be more confident and just be more outgoing with things. It is just great to see the process that they go through to get to where they are going,” said Edwards.

All and all program went off without a hitch and the mentors and mentees are excited to see what the rest of the year will look like and what it has to offer. 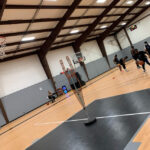 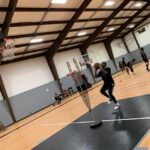