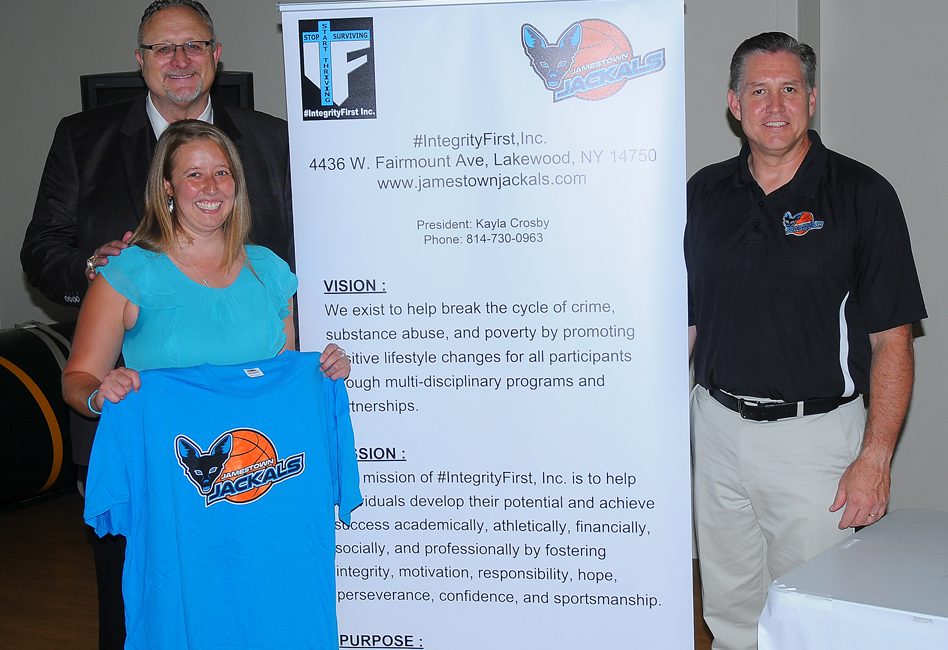 Smiles were all around on Tuesday when it was announced that the Jamestown Jackals have joined The Basketball League for the 2019 season. In photo above, from the left, are David Magley, TBL president; Kayla Crosby, president of #IntegrityFirst and Jackals manager; and Mark Anderson, Jackals head coach. The TBL is a minor professional league that began play in 2018. P-J photo by Scott Kindberg